Captain Samuels Speaks to the Sea! 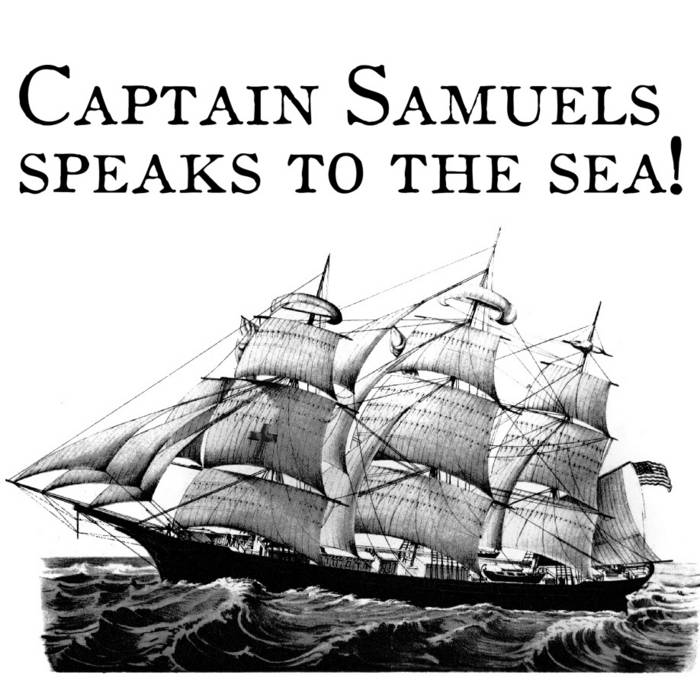 Captain Samuels Speaks to the Sea!
for string trio and narrator.

In 2011, after a visit by Ensemble Epomeo to the Two Rivers Festival in Wirral, England, it was decided to co-commission a piece of music for the group in co-operation with the annual Chamber Music Festival in Newburyport, USA. The Ensemble's violist, David Yang, is the American festival's Artistic Director, and he was eager to find an appropriate historical link between the two locations. In consultation with Michael Mroz, the Director of the Custom House Maritime Museum of Newburyport, it became apparent that the 19th century transatlantic shipping routes from Newburyport to Liverpool could serve this purpose well, since the famous British port sits directly opposite Wirral on the banks of the Mersey. Mroz suggested specifically focusing on the life of Captain Samuel Samuels, the famous American sailor. The Artistic Director of Two Rivers Festival, Peter Davison, responded by creating a text for music, while the musical commission was given to the Philadelphia-based composer, Melissa Dunphy. The result is a twenty-minute chamber work for string trio and narrator titled Captain Samuels speaks to the sea. Samuels is an apt choice as subject matter since, in 1853, he had built The Dreadnought at Newburyport. It was the fastest three-masted packet ship ever constructed, breaking the record for crossing the Atlantic in 1859 by completing the journey to Liverpool in just over thirteen days. Samuels’ successful career was spurred on by the intense rivalry between the American and British shipping lines at that time, but he also possessed an unquenchable sense of adventure and a deep affinity for the wind-blown seas. By the end of his life, the arrival of the steam ship had brought the clipper era to a close, so that his great feats of speed, skill and daring soon faded into history.
lyrics
Captain Samuels Speaks to the Sea!

My name is Samuel Samuels – one time captain of the US packet-ship Dreadnought, known the world over as the “wild boat of the Atlantic”. Aided only by wind and the strength of ordinary men, she was the finest, fastest three-masted clipper ever to cross the ocean. I remain proud that our white-winged racer ruled the high seas, and I look back on those golden glory days as if they were the setting sun calling me home. Now I stand here, on this empty shore, where the grey-green shallows sing me a soothing lullaby, and memories approach me like a silent tide snaking through brown banks of sand.

When I was a boy, my step-mother made my life unbearable. I had no choice but to run away to sea. But it was no escape, for anxiety dwells in the heart of a man facing the hazards of his destiny. The sea soon became my fickle mistress, and I found that I could not tear myself away. O restless, restless ocean, so timeless and profound; you are my seductive Aphrodite and I desire you, though one day you will swallow me whole.

In my prime, I thought I could bend you to my will, so I built a miracle-ship. What a vessel – Dreadnought - constructed under my supervision in the welcoming haven that is Newburyport. Each plank, each mast, each bolt and bulkhead, each platted rope and billowing sail; all were lovingly crafted to cut through your stubborn waves. One time in ‘59, we left New York. Just thirteen days later we spied landfall, entering that great city of Liverpool before sun-down. It was a new chapter in the history books, and Dreadnought had lived up to her name. She was fearless, fast, first and favoured, and I danced on the quarter-deck that night, while my men sang your praises till dawn.

Now I am an old man, too tired to resist the wild currents beneath your placid surface, and I have grown sad, because the age of white-winged racers is over. Steam-power has made our efforts appear puny and pointless. And yet, O soul of the deep, I take comfort that you will always confound the world of men; laughing at our sail-boats, steamships and whatever crafts may follow. You make me ask, why did I strive those many years ago, facing mutiny, pirates, illness and death? Why did I race to your distant horizons? For a few dollars more? For the sake of pride? No! I was afraid of your blue vastness, and fear drove me. I had to win. But now I have lost nearly everything; everything but the breath in my body, and only your siren waters are my dearest companion. How I long to hear your comforting whispers say to me - eternity lies ahead!

Lay up nearer, brother, nearer,
For my limbs are growing cold,
And thy presence seemeth nearer
When thine arms around me fold.
I am dying, brother, dying,
Soon you'll miss me in your berth;
For my form will soon be lying,
Beneath the ocean's briny surf.

It was for glory I crossed the ocean,
What my hopes were I'll not tell;
But I gained a captain’s portion,
for the Lord doeth all things well;
Tell the crew I have reached the haven
Where I sought the precious dust,
And I gained a port called Heaven
Where the gold will never rust.