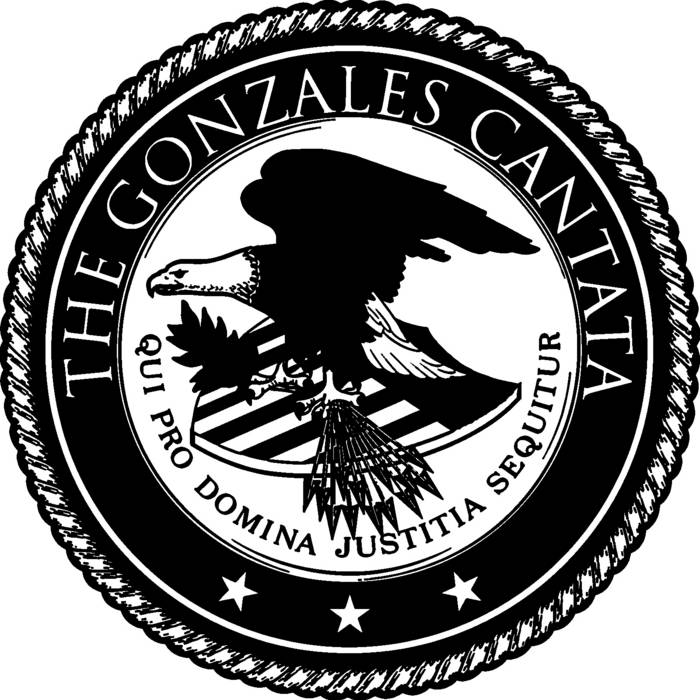 The Gonzales Cantata is a reaction to the drama and politics of events leading up to the resignation of disgraced US Attorney General Alberto Gonzales in 2007.

During his hearings before the often brutal Senate Judiciary Committee, Gonzales became a modern-day Orpheus, alone and defenseless, facing the terrifying Furies in the Underworld. The doomed Orpheus in this tale, however, lacks the noble cause or incredible talent of the mythical Orpheus, and he has even had a hand in the poisoning of his Eurydice – the country he serves. This is the account of a man who has risen to the level of his own incompetence and must face the terrible consequences without hope of escape or redemption.

In protest of male domination of American politics, the genders of the

performers have been reversed in relation to the characters they portray.